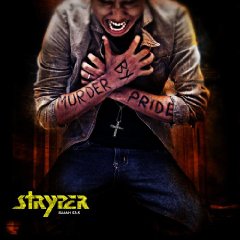 1340 Records believes that other Stryper tribute albums were less than sincere tributes. To quote the 1340 Records web site, "A few years ago a Stryper "tribute" came out and while a couple of the bands stood up in tribute, most of them used the opportunity to mock a band God chose to use in great ways." Therefore they set out to gather bands who would pay homage to the greatest of all Christian hair bands, in an effort to bring a true tribute to the shelves. The result is Isaiah 53:5 (A Tribute To Stryper).

15 familiar tunes are here redone by 15 mostly unfamiliar bands. Disciple, Nailed, and Estes P@rc, the most recognizable names on the CD, also turn in some of the more inspired renditions on the disc. A few of the songs are basic re-creations of the originals whose only interesting aspect is the fact that these young bands have to play some of those now famous riffs from days-gone-by, when songs had guitar solos. But there are the adventurous types on here too. The music ranges from folk rock to hard core. Highlights include, "To Hell With the Devil" from Nailed, "Calling On You" from Honeymooner, and "Makes Me Want to Sing" from Wonderboy PHD. I also enjoyed "the Abyss" by Augenkristall, and a death crunched "You Know What to Do" by One Bad Apple. Honorable mentions go to bands The World Inside, Aimee Clark, who has an interesting soft soprano voice, and Dinner Mint.

Although I can sympathize with the record label that doesn't want to let this great band fade away too quickly, this record adds little to the Stryper catalog or legacy. Not a bad CD for the Stryper fan to pick up, but if you are not a big-time fan of Stryper's Christian spandex metal, or of compilations, you can skip this one. I happen to be a Styper fan and a compilation fan, and although I can appreciate this CD, it didn't satisfy me. Mostly, it made me want to dig out my yellow and black records and hear the real thing. Printed on the back of the CD case are the words, "This is not a new Stryper recording." Agreed.