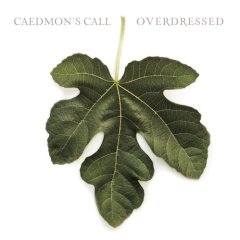 Caedmon's Call is an alternative band in the best sense of the word. Stylistically, their sound falls into the light acoustic folk/rock camp, but the secret of their success lies in choosing unorthodox alternatives to the decisions every band has to make. Instead of the easy route of playing at churches for youth groups, this thoughtful group of Christian musicians found their niche on major university campuses. Their main songwriter, Aaron Tate, is invisible to their audience as he never tours with the band. The rest of the group doesn't consider a concert over until they finish talking to the last listener, often hours after the show.

Their distinctive and hugely successful independent releases fueled a bidding war when they finally decided to sign with a major label, but in choosing that more customary path they began to lose their way. During this rough two year period, many of the original alternatives the band had favored over major label status were confirmed. They almost went broke when they no longer had a new independent CD to sell at their shows and too many appearances before mystified high school church youth groups further hurt merchandise sales, which were all that kept them afloat. Now on a new label, back to self-management, the collective is optimistically moving ahead again.

Caedmon's Call's latest album takes the conservative, albeit pleasant, route through the choices that made them a unique alternative in the first place. Once more the seven performers' talent and versatility carry the group well from the 'sixties British pop of "There You Go," their first single, to the harder-driving "Thankful" and "Daring Daylight Escape" to the introspective, richly built lite-folk-rock songs that predominate. Derek Webb and Cliff Young's reedy tenors anchor the tunes, capturing the urgent importance of everything on a college student's mind. Danielle Young adds a feminine touch to the chorus, and strikes out with authority on a cover of Shawn Colvin's "Carry On."

Giving homage to their Texas roots, sublimated faith, and commitment to musical excellence on this flawlessly produced CD, Caedmon's Call offers driving music for the journey of faith and exploration their target audience is in the midst of as they pursue a higher education. It richly alludes to Bible stories ("Caught a boat to anywhere but Nineveh, and, well, you know, I got spit back on dry land" from "Where I Began") and issues such as redemption ("I hear it all depends on my faith, so I'm feeling precarious" from "Shifting Sand") without slighting other thorny ground such as boy/girlrelationships ("Table for Two," "Somewhere North," and "Daring Daylight Escape") or the risky territory of becoming intimate with the creator of the universe ("There You Go" and "Thankful").

Like a well-motivated upperclassman, this album is not about taking risks and rash exploration. Rather, it is a redefinition and refinement of what they have already proven works. Caedmon's Call has returned to their well-chosen alternatives, and we are the richer for it.

Following up a successful debut isn't easy, but _40 Acres_ proves Caedmon's Call has meet the challenge. Although none of the songs grab me like "Bus Driver," this isn't surprising when you consider even their initial release took awhile to grow on me, yet now sees heavy rotation in my CD player. Like their previous album, these new songs are about Christianity lived out in our everyday lives, and the band's intelligent songwriting shines through their pop acoustic/rock music. The smooth production remains top-notch without sounding overproduced. One of the more original ccm groups, Caedmons Call give us a reason to believe in the future of CCM.

Caedmon's Call's debut label release planted them firmly on the list of Christian artists who could shift units with the best of them, but the band are eager to leave that category and return to their roots touring colleges. And it is probably a college audience who will best appreciate the self-aware lyrical confessions and many-levelled allusions contained here. As the album title suggests, landscape and geography play an important role here as the band unravels a story of a journey to redemption. The music is stronger than on the self-titled release, still heavily produced but making better use of those techniques; and while a few tracks in the middle of the album could be regarded as filler, there has definitely been a progression. Perhaps not quite the album to convince those looking for raw-roots music to accompany the lyrics, but still a worthwhile, engaging release.

With an album as solidly strong as 40 Acres, the catapulting popularity of Caedmon's Call is no conundrum. Delivering great multi-generational appeal, their pleasant mix of pretty pop folk and good-time honky-tonk-lite is safe yet honest, catchy but not cliché. You'd be hard pressed to find another band this consistent, and every familiar song here will bring a big ol' happy smile to your face. Regrettably, however, not one of these songs will compel you to hit the repeat button repeatedly, though a persuasive few come close. Caedmon's Call is also a band that can't afford to break up to pursue solo careers, because the combination of their talents is better than the sum of its parts. Although the instrumentation and vocal talent will not overly wow you with technical excellence or ingenuity, the overall payoff is as perfectly picturesque as the cover's aerial shot of lush green pastures. Rich in metaphor and pleasant on the ears, a lazy afternoon stroll through these 40 Acres is wholeheartedly good for you.

Caedmon's Call is back, on a new label, but with the same signature sound as the first album contained.  If there is a weakness to this new album, that would likely be it--it just doesn't seem to be breaking any new ground.

I'm not suggesting that the old ground was anything to be ashamed of.  What Caedmon's Call does, they do very well.  The acoustic guitars, percussion, and organ blend  well together to create the "live-and-in-your-living room" sound for which the band has become known.  The vocals are crisp and clear, the words clearly decipherable at all times; no Dylanesque mumbling for these troubadours.

This album doesn't add much to the accomplishments of the band's first album.  I mean, it's a good, tightly produced album, but I was hoping that somehow there would be a different sort of edge to the music. Maybe some different instrumentation or some coloring; maybe a darkly-colored tune or two.

It's not that the lyrics don't have that edge to them.  If anything, the lyrics have improved. "Petrified Heart" simply will not leave my mind, no matter how hard I try, with its imagery of the Levite's concubine cut for the twelve tribes juxtaposed against Christ's body broken for the twelve tribes.  This song makes the whole album worthwhile. But, musically, it's not quite up to the lyrical package.

The other small difficulty I have with this album is Derek Webb's voice. It is a little on the nasal end of the spectrum and, as a result, sounds whiny at times.

By no means do I regret having added this album to my collection.  The album flows well from song to song, and the hints of country in songs like the title track are a nice touch.  The bonus CD, which the first 20,000 or so CD's came packaged with, has a couple alternate takes and a tribute song to Rich Mullins, which comes across quite nicely.

Somehow this album is just missing that little bit more that would put it over the top as an excellent album in my books.  It's a good album, perhaps even a great album--by no means a sophomore jinx--but not quite an excellent one.

Caedmon's Call's follow-up to their debut album is a project worthy to bear the band's name. 40 Acres is an acoustic, pop driven record which compels the listener to think about the redeeming power of Christ.

This seven-member ensemble covers a gamut of songs ranging from simple melodies all the way to excitement packed rockets. The principally acoustic guitars and strong rhythm/percussion section provide an extraordinary accompaniment to exemplary lyrics. Again, Danielle Young, Derek Webb, and Cliff Young take turns providing excellent lead vocals. The addition of instruments such as a dumbek, udu, dulcimer, and cello give some of the tracks a slightly Celtic sound with a huge amount of American twist. Most of the tunes possess a strong acoustic folk sound. The two ballads of this project, "Shifting Sand" and "Somewhere North," are skillfully separated in the lineup so as to not slow down the mood of the project.

Songwriters Aaron Tate and Derek Webb are by far two of the paramount reasons for the success of this project. No matter where your spiritual convictions lie, this album is a clever piece of music. For those wanting spiritual meat that relates to the world, as best we understand it, the project holds plenty. According to Caedmon's Call, this is exactly what 40 Acres is all about, "The welfare system in the 1800s consisted of giving someone 40 acres of land and a mule"--it was their chance for redemption. "There You Go," the lead song, explains,

The theme continues through the ups and downs of the project. While most listeners of contemporary Christian music will absolutely love all of the lyrics, some denominations will have difficulty in a handful of the ideas expressed in the words of "Thankful":

So what part can I play in the work of redemption,
I can't refuse, I cannot add a thing,
'Cause I'm just like Lazarus and I can hear Your voice,
I stand and rub my eyes and walk to You,
Because I have no choice.

Personally, it's my favorite song on the project. Perhaps it's the interesting use of trash cans as instruments, but, I can't seem to sit still during the song or listen to the tune just once.

As many people across the United States have discovered, there are two versions of 40 Acres in circulation. The difference in the two is that the Limited Edition version includes what are known as the Austin Sessions. These are songs written by Derek Webb and recorded while in Austin, Texas. This bonus CD includes a slightly different rendering of the tunes "There You Go" and "Table For Two." The first is slower and softer, the second is similar to the cut that made the "official" project. Each has more of a live sound. The third song on the Limited Edition CD is entitled "The Rich Song." This is a song written just after singer/songwriter Rich Mullins was killed in a car accident. Rich Mullins already had a deep impact on the band as a whole and this song is portraying some memories they have of him. If you have a chance to purchase the Limited Version, it's worth the couple extra dollars.