A year on from their fine 1973 live set, the band introduce more classics in a stunning setlist marred only by some occasional sound issues.

A year on from their De Lane Lea studio set (see link below review), Renaissance had grown in both confidence and their identity as they marched towards their career-best, the 1976 release Live at Carnegie Hall.

So if this is inferior, why would anyone be interested in it, either instead of or as well as the Carnegie set? With tracks like the magnificent opener “Can You Understand” and the beautifully compact “Carpet of the Sun” already fully formed – and with orchestral backing on both albums – that is a fair question.

This set, in front of a wildly enthusiastic New York audience, happened after the release “a couple of days ago, I hope” of Turn of the Cards and the whole of that album appears here, interweaved between the classics. Turn of the Cards was arguably their studio best and on a rare live outing here is the magnificent “Black Flame,” a piece that features harpsichord and which would deserve a regular starting place in most bands’ set lists. There simply was not enough time to keep it in the show after the next album Scheherazade, with its 20-minute title track and gorgeous “Ocean Gypsy.”

This also means a place for “Cold is Being,” a straight play of Albinoni’s famous adagio, but with a set of lyrics. It can come across as somewhat dour, being probably their only song to be sung over a classical organ.

This release marks the live introduction of band classic “Things I Don’t Understand” – surely as typical as any great Renaissance track, with its mix of melodies, 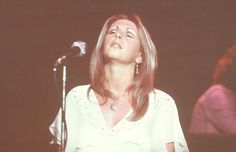 Unfortunately, some of these tracks may also be the reason that this set has not been previously released. “Things I Don’t Understand” suffers from some dodgy harmonies – you can imagine the singers gesticulating for more fold-back to hear each other better. And there is about 25 seconds of some strange ‘caught’ voices early in “Black Flame.” Maybe it is a roadie being picked up by the drum mics, but the sounds, though clearly present, are too quiet to make out what is being said.

By contrast, this is also when the live staple “Running Hard” made its appearance. Again, its own main melody is very singable and stays in the mind, but as the song develops, it builds towards a slightly restrained, but almost ecstatic climax, pinned in place by a ten-note call and response riff between parts of the orchestra.

The second disc sees the introduction of yet another constant favourite “Mother Russia.” The powerful tribute to Alexander Solzhenitsyn sits alongside two other essential pieces. The classically-tinged jazz of “Prologue” appears at what seems like the wrong end of the show; and, eventually an encore, “Ashes Are Burning” (as the 1973 disc) features Wishbone Ash guitarist Andy Powell in a couple of solos. (Renaissance keys player John Tout repaid the debt by providing the organ on Wishbone's “Throw Down the Sword,” making bits of “Ashes Are Burning” sound like rediscovered Argus outtakes.)

There is some endearing banter between tracks, “Deary me, you are going to have a good time I can tell. You’re bopping around like a good lot!” exclaims bassist Jon Camp early on; and vocalist Annie Haslam – on terrific singing form – often lets out her comical titter.

But it is those tracks that matter. The only possible clunker is an Albinoni classic, so the set list could hardly be any better. There is barely a paper-thin piece of padding here. Marred only by some occasional sound issues (pitching, feedback and intrusive talk), this release captured another step forward in Renaissance’s journey to live excellence. Yes, Carnegie Hall was one step beyond, but this gives an ear to fresh tracks from one of their best studio albums and catches Andy Powell on stage with them.