An exchange with Monty Colvin

Catching up with the driving force behind one of Geffen's rising stars. What was obliterated by Nirvana has found new meaning in new projects and hard questions.


Everyone has one or two artists, whether it be music, art, literature, etc., with whom they feel a certain kinship. It's almost as if, through their art, they are not only speaking directly to you, but are actually speaking for you.

For me, that artist is Monty Colvin, and I was really stoked when he agreed to take a few moments to offer his insights on a handful of the tunes that have touched me the most.

About Monty Colvin: Musician, painter, satirist, creative genius, all around good guy...hmmm....maybe I should just let Monty introduce himself: 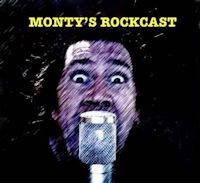 "Some of you may know me as the bass player from the 90's band, Galactic Cowboys. Others will know me from my solo project, CRUNCHY, while still others know me as a guy who does artwork and makes paintings. These days, people are getting to know me as a podcaster from my show, Monty's Rockcast. However you know me, or whatever brought you here, thanks!" - Monty (montycolvin.net)

* Fun Fact: Monty is the cousin of the late De De Ramone

Galactic Cowboys 'almost' hit it big in the early nineties, but soon after signing a huge recording contract with Geffen, were unceremoniously discarded in favor of grunge pioneers Nirvana. 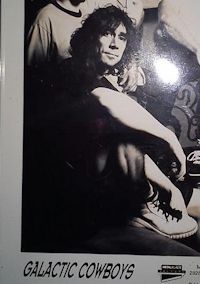 After I got my hands on their first two major label releases it was evident, to me anyway, that Galactic Cowboys were a band destined for greatness. Ultimately major label success proved allusive for a band that defied categorization and were arguably ahead of their time. On their last album, 2000?s unpromoted Let It Go, the group expanded its social commentaries to include the loss of innocence, teen angst, moral decay, political bias, the gun culture and glorification of violence in the media. I highly recommend exploring their rich and relevant catalog of music!

Monty confesses right from the onset,

"I have changed a lot since writing those songs. They were statements about how I felt at the time, or how I believed. Since then I've done much "soul searching" and contemplating about life. I've also dug deeper into how things in our world work politically. My lyrics would probably be very different today and I probably wouldn't even have written some of those songs now."

Here are the songs (lyrical excerpts included) that I've identified to Monty as having a special emotional, almost spiritual, impact.

"That was basically about blaming others for your own faults or NOT taking responsibility for your own actions. I wrote that back when the OJ trail was going on and the lawyers wanted to focus on "race" or anything other than the FACTS."

"Media Slant" (Horse That Bud Bought 1997) "Rousseau and Stalin must be cheering in their graves / I hear their rhetoric in everything they say."

"This song still rings true today. The television and news media here in the US is so liberally biased that they are able to sway political elections. It's a disgrace. I think we touched on it somewhat in this Galactic Cowboys song."

"Hey! Could ya help, Jenny J.?
Gotta problem at home
And I don't really know what to do
Oh! The kid's outta control
And the ring in the nose
And the terrible clothes gotta go
And he won't listen to me
Is he just too blind to see?
See! That he's angry with me
And he doesn't feel love
As I give him the shove out the door
And his problem is with me
Am I just too blind to see?
And it's what you need...Total Inside Makeover"

"It stands for Total Inside Makeover. I was watching shows like Jenny Jones at the time. They would bring troubled kids on and give them makeovers for their clothes and outward appearances. The words were my way of saying they needed to change things inside themselves first. I would still agree with that. 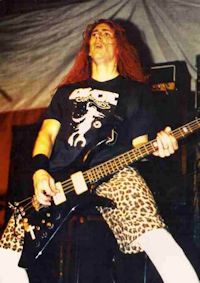 A Different Way (Let It Go 2000) "Looked at as one peculiar soul / Who prayed that God would not let go."

"This was a song about being a Christian. I struggled with that lifestyle my entire life. The mental torture of trying to please God, please other Christians, was too much for me. It probably had a lot to do with my up-bringing, but it always made me feel like a complete failure. But there was also some kind of comfort in feeling like you were part of a "club." And there was great fear involved if I ever even thought about leaving the club. I finally did, and those people who used to view me as a "brother," now look down on me, and pity me."

"A song about how messed up the world had gotten. As things evolve in society, our tolerance for certain things tends to expand and morals tend to decay. It was really just a statement about that. There's so much I could say about it but the words pretty much speak for themselves." 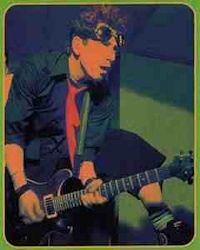 "I wrote this at a really hard time in my life when I was very down and discouraged. And yet, things only got worse after I wrote the song. It's about getting through the trials in life. I wanted to believe God was there with me. These days I'm not sure if those are mind games that people play to help them get through things, or if it really IS GOD. I still try to hold onto the hope that there is a God who can help us, or watches over us. But most of what I believed in has been shaken. I know that disappoints people, and I understand. I used to stand back and judge others who didn't think and believe like I did. But I am just searching."

AC: I respect the stance you took and I understand your current doubts. Obviously we all have our own unique challenges that shake our faith. I think it's hard to straddle the fence. You're either 'all in' or your faith takes a back seat. Right now I'm all in, but historically I haven't been. Monty, one last thing, do you still lean fairly conservative?

Colvin: "I'm a pretty hard core conservative. Politically and in life. I love metal and rock and roll, but my views remain right wing."

###AC is a freelance writer with a passion for Christian Apologetics and music with articles published at Burnside Writers Collective, The Phantom Tollbooth, HMmagazine and Reformed Perspective Magazine.