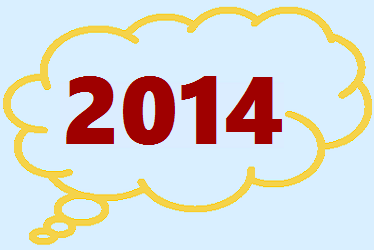 Four of our writers list and discuss their top album picks of 2014. You are sure to find something interesting, something new, something to agree with, and something to disagree with. Take a perusing stroll and get ready to use your gift cards.

Steve Taylor and the Perfect Foil - Goliath: well, maybe not 'perfect' but a stellar line-up producing some pretty raw and rambunctious rock & roll, and showing the kids how it's done...

3 Winans Brothers - Foreign Land: my review was less than a rave, but 3 Winans are 3 times better than none. I love me some Winans.

Procol Harum - ...Some Long Road...: These masters of clasic rock, art rock, or whatever you want to call it, still have what it takes (with no studio trickery) on this live concert download-only album!

Assorted artists - Light My Fire -- A Classic Rock Salute to The Doors: Everyone from Leslie West to Edgar Winter have fun performing the best songs of rock icons, The Doors - and there are more than you might remember! Great fun and a really good listen!

Stryper - No More Hell to Pay: Do you like Stryper? This is right up there with their best. You don't like Stryper? Well, you won't like this. That's about the way it goes.....

Bryn Haworth - Time Out: I'll take as Much Bryn as I can get.

Flying Colors - Second Nature: proggy pop that continues to get better with every listening.

Newworldson- All The Way Live: The real deal. Fun. Funky. Very live with no fixing up in-studio. Two discs of good stuff.

Focus - Golden Oldies: A classic rock band re-recording their best songs and throwing in some cool tweaks to the arrangements. Jazzy, funky rock with plenty of fun thrown in

Darrell Mansfield - I Am Not Alone: Just some really good blues.

Of course, there were some pleasant surprises along the way (Jorn Aleskjaer's "I'm So Glad" - a nice return to a simpler time in 'Jesus Music," and Jon von Boehm's self-titled instrumental powerhouse, for example). And there were those dependables  who seemed to be missing in action with projects this year: Keaggy (although he did support many and was part of Sferra's trio), Sara Groves, MuteMath.... Some things to look forward to in 2015! Ya'll know where you can find me.....

My top ten, in no particular order other than #1:

9. Mike Farris - Shine for All the People

8. U2 - Songs of Innocence.  Woefully underrated after the media backlash.

7. The Call with Robert Been - A Tribute to Michael Been.

6. KXM - self-titled.  The best Pinnick side project in years.  Ray Luzier kills it on drums.

5. The Choir - Shadow Weaver.  They keep getting better, imo.

3. Weird Al Yankovic - Mandatory Fun.  Great parodies of disposable pop, and a Pixies style parody that ranks with anything he's ever done.

2. Morrissey - World Peace is None of Your Business.  You either like him or you don't.  I do.

1. Steve Taylor and the Perfect Foil - Goliath.  The only thing this album needed was two more songs and a concert date within a two hour drive of me.


My top ten, in no particular order...

David Bainbridge - Celestial Fire
This album is prog in all its glories. Magnificent!

The Call featuring Robert Levon Been - A Tribute To Michael Been
A reunion concert paying tribute to lead singer Michael Been who passed away August 19, 2010. His son, Robert stands in as lead singer.  The songs are still as powerful as ever.

Mike Farris - Shine for All the People
This long-awaited follow up to 2007 s Salvation In Lights includes both original material and Farris' interpretations of traditional gospel songs in rock and Memphis soul style. Up for a Grammy too.

Over the Rhine - Blood Oranges In the Snow
Not your typical Christmas Album.

Charlie Peacock - Lemonade
Truly nice instrumental piano music but I wish he has added words to some of them - the sound titles suggest they would have been wonderful - maybe next time.

U2 - Songs of Innocence
Another long-awaited release.  Released in an usual way but every-bit as good as their last release. Looking forward to the tour.

Picking the best music for any year can be a difficult, angst filled, hand wringing process. Here is my list with an emphasis on faith inspired music for 2014. There is no particular order implied here.

The Choir continues to create music at an astounding level. Shadow Weaver is an album that doesn't quit from beginning to end and may be the Choir's best ever. This is compelling music.

Melanie Penn creates music that is simply enchanting. This is well crafted music in every sense - lyrics, melody, arrangements, production, and vocals. Her unique song writing and arranging on this sophomore release will captivate you as every song is a gem.

Leave it to Steve Taylor to somehow manage to create the perfect sequel to his previous release Squint - over 20 years later. But this should not surprise anyone who is familiar with Taylor and his work. Welcome again to Steve Taylor's world. You will be amazed and changed after entering in.

Mortar and Stone is filled with music that intersects real life brokenness with God's grace. Music that will consistently point you to grace especially at times when you feel hopeless.

Beautiful and haunting music that speaks of this broken sinful world's yearning and cries for redemption. This is a record filled with longing but centered in hope.

John Mark McMillan's music is as raw and honest as it gets and listening to Borderland is a powerful experience. This is music that challenges you on every listen and that is a good thing, a very good thing.

Listening to a Bill Mallonee record is akin to reading a good book and Winnowing is no exception. Mallonee just cannot write a bad song and the quality of his output after recording well over 50 records is simply beyond belief.

All Our Hope - Dan and Lauren Smith

Tremendous spiritual insight married with pop music excellence from this PA. couple with a heart for God and the community they live in. If only the CCM world was more like this.

Each Matthew Clark release is better than the previous one and Come Tell You Story continues this pattern. This is an exceptionally well produced indie release.

The best pure worship record of 2014. Beautiful worship and devotional music finshed off perfectly with the All Sons and Daughters signature harmonies.

The Zach Winters brand of acoustic word rich vocally layered music has a completely unique style. Yes, there is a Zach Winters kind of music. You will just have to listen for yourself to understand and enjoy. Poetic brilliance.

Chris Taylor is a prolific songwriter-musician (and also visual artist by the way) who released two records between 12/1/2013 and 12/1/2014. Both are stellar albums so both are included here. This is home brewed indie music at its best. Honest, artful, and moving music.

As Sure As the Sun - Ellie Holcomb

This year brought surprising, well deserved, and unprecedented recognition for indie artist Ellie Holcomb as the GMA New Artist of the Year. As Sure As the Sun is a record that is deserving this recognition. This is superbly executed high quality pop music with uplifting but not trite themes.

From Page CXVI, a group known for updating traditional hymns and writing new hymns, the Church Calendar Project consists of three EPs (Advent to Christmas, Lent to Maundy Thursday, and Good Friday to Easter). If you are a fan of reworked and newly conceived hymns there is nothing better than this collection.

Giants and Pilgrims - Almanac No.1; Needtobreathe - Rivers in the Wasteland; Brian Moss - Prayerbook Number 2; Bellarive - Before There Was; The Choir - Live and On the Wing; Wovenhand- Refractory Obdurate; Mike Roe - Guadalupe.