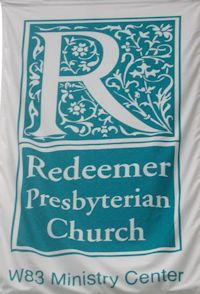 The Inhabit Conference was held at the west side facilities of Redeemer Presbyterian Church on W.83rd St just off of Amsterdam Ave on Manhattan's upper west side. I.A.M. is the brainchild of artist Makomoto Fujimura, who established the organization to cultivate the arts such as painting, poetry, writing, media and so forth from artists working from a biblical world view. Each day was dedicated to a different aspect: Thursday was Time, Friday was Body & Saturday was Space. Each day, each of the lectures, performances, creations were centered around the theme for the day with the entire conference being tied together by themes from the poem "The Four Quartets" by T.S. Eliot.

Thursday began at 5pm with opening remarks from Aaron Belz, poet and editor of Curator magazine followed by a thoughtful address by Makamoto Fujimura. The highlight of the evening was a classical music performance of two pieces. "At The Still Point" written by Christopher Theofanidas which was followed by "Quator Pour la Fin Du Temps" composed by Oliver Messiaen. The second piece being written by musicians interred in a Nazi concentration camp during World War 2 and first performed at that camp. Interspersed throughout the two performances were readings taken from "The Four Quartets. The evening ended with a wine and cheese reception and book signing. It must be added that an extraordinary book shop was set up by Byron Borger of Hearts And Minds Books of York, Pennsylvania. Books were available from all of the conference speakers as well as many other major literary figures.

Friday began with a light continental breakfast at 8am followed by opening remarks by Mr. Belz and an intriguing lecture by philosopher Kyle David Bennett. This was followed by a amazing performance of tap dancing by Andrew Nemr. The next presentation was given by the organization "Soft Power," a group of business women in prominent places within NYC. A presentation was given by Christian Acker on the various forms of graffiti as art. "Spark And Echo" vignettes followed which centered on dance and performance. "Spark And Echo" is an arts group in the midst of creating the world's largest multi-disciplinary illuminated Bible. The rest of the day proper was taken up in off site activities featuring the artistic sights of New York City. The conference attendees then rejoined at the conference site for a live performance of the play entitled "Son Of A Gun" by the "Firebone Theater Company. The play is based on the album by The Krusty Brothers an offshoot of the band Waterdeep. The evening closed out on site at least with a showing of the film The Man Who Ate New Orleans. 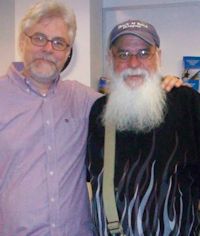 Saturday once again found breakfast happening at 8am. After opening remarks we were partakers of a plenary session by Roberta Ahmanson, poetry readings from Pete Candler and a talk by architectural designer Scott Francisco discussing new innovations to the city. This was followed by two short films from contest winners who had submitted works to the conference. These two films more than made up for the plethora of poor films that glut the so-called Christian market. The afternoon was taken up after a delightful lunch period by breakout sessions given by various conference movers and shakers in small groups. The evening was given over to lectures/readings by poet Christian Wiman and the new head of the art department of The King's College, Dan Siedell. The evening and conference closed out with closing remarks by I.A.M. founder Makomoto Fujimura and an amazing performance by jazz/rock pianist ELEW.

For me personally, one of the highlights of the event was meeting one of the primary movers behind the "Kindlings Muse," Nigel Goodwin. This is a man who was mentored by Hans Rookmaker and Francis Schaffer and sent out as a missionary to artists by John Stott.

Tentatively the next conference could possibly happen in 2015, make plans to be there, I will!!!
Chris MacIntosh aka Grandfather Rock