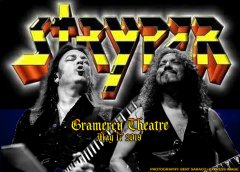 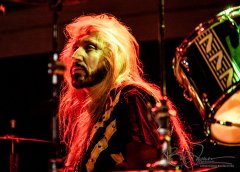 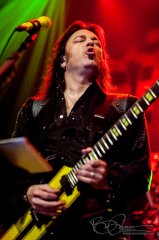 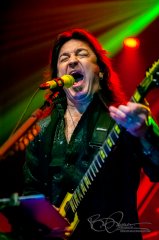 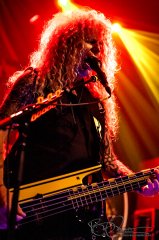 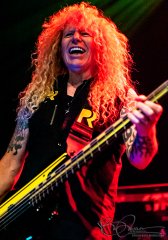 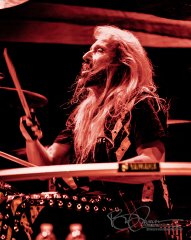 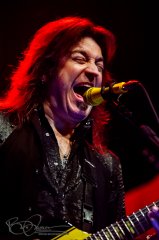 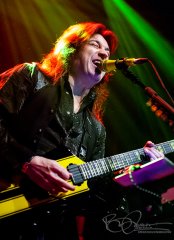 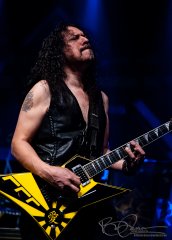 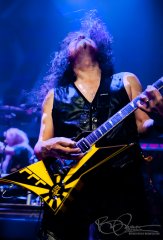 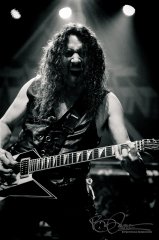 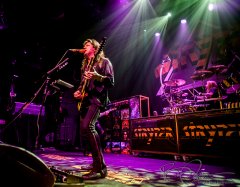 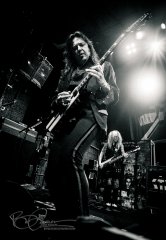 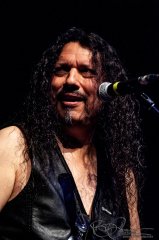 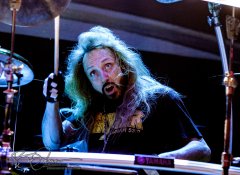 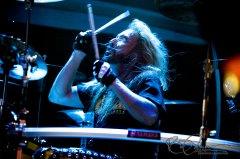 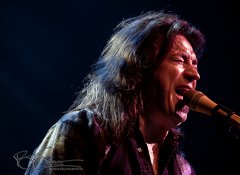 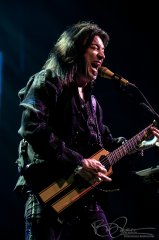 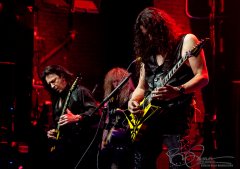 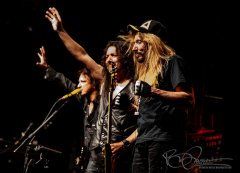 36 years into the life of this band, Stryper still delivers a dependably enjoyable night of music…

Stryper at The Gramercy Theatre - NYC

They came from all over the five boroughs of New York City, from Connecticut, Long Island, the far reaches of New Jersey, and who-knows-where else. After all, this was New York City and the band was Stryper. More than three and a half decades after the Yellow and Black first attacked, Stryper still draws a melting pot of faithful fans – an eclectic mix of metal-heads, hard rockers, the young, the old and in-between, tattooed, pierced, clean-cut, long-haired… There were Tee-shirts proclaiming Jesus as King and other less savory messages, lots of leather, denim, sneakers, headbands, baseball caps, and, yes – a suit or two. From the weekend warrior drinking too much beer to the Christian kid desperate to hear a little God-honoring rock ‘n roll… Stryper was there to rock them all.

Apparently, The Avengers aren’t the only time travelers among us, because Stryper hits the stage looking amazingly fit, and with an energy usually reserved for people a decade or two younger. The band’s newest member, bassist and back-up vocalist Perry Richardson, with an explosive mane of Spinal-Tappish hair, maintains a happy demeanor, faithfully handling the classic bass parts and adding a melodic flavor of his own. As always, the drummer, ‘visual timekeeper,’ percussionist, and pulse of the band, Robert Sweet, is a solid, thunderous player, his profile in a constantly exploding swirl of hair as he head-bangs his way through the show. Showing no ill signs from last year’s health issues, Oz Fox was in great form, literally dancing more than once and having a great time on stage. Fox’s back-up vocals and guitar work were both on-point, his dazzling guitar runs as precise and tonally-beautiful as ever. Front-man Michael Sweet had the crowd in the palm of his hand, playing the audience just as skillfully as he plays his guitar (and his playing is on-target funky, with metal chops galore). Sweet’s vocal phrasing and delivery remains a powerful tool in the Stryper arsenal, even though these days he might be giving up some of those impossibly high notes over to the assembled crowd, who are more than happy to fill in the part. “I might need tighter pants to hit some of those notes,” he joked before ripping into one particular Stryper classic.

The four men onstage produce an astounding barrage of music, pulling from their impressive catalog of eleven studio projects of original music (and one covers project), much of which had the assembled throng singing along with gusto. Michael and Oz continue to amaze with blistering tandem guitar solos executed with fiery precision. Vocal harmonies sounded very organic, relying more on the combined voices of Michael, Oz, and Perry and less on pre-recorded tracks. Good move.

On this tour Stryper is including an extended set of cover songs which not only allows the band to pay tribute to some of their musical heroes but frees up Michael to step out as ‘lead singer’ minus his guitar, changing the dynamic of the band, considerably. Songs like “Panama,” “Crazy Train,” and “We Will Rock You” really don’t require two guitarists, so Michael gets to be ‘the singer’ while Oz carries the guitar chores on his own for a while. Fans of the wider world of metal bands were delighted but some Stryper purists seemed restless for the band to return to their own repertoire. A treat for the NYC crowd, Will Hunt, who plays drums on Michael’s solo work, sat in for Robert on “Crazy Train.”

From old standbys like “Soldiers Under Command,” “Calling On You,” “In God We Trust,” “Always There For You,” and “To Hell With the Devil,” to newer numbers like “The Valley” and the powerful “Yahweh” (which is perhaps their most powerful concert-ending song), Stryper performed a satisfying, crowd-pleasing 90 minute set. “Honestly” was curiously missing, as was “Loud ‘N’ Clear,” but the inclusion of some newer songs and, of course, the covers set will certainly keep audiences surprised and happy.

Some 36 years into the life of this band, Stryper still delivers a dependably enjoyable, fun night of music. Coming onstage after three opening acts (certainly one too many – at least), Stryper’s professionalism and lack of pretentiousness is refreshing. Up-coming bands please take note: you can rock and still smile and have a good time. This reviewer certainly did.