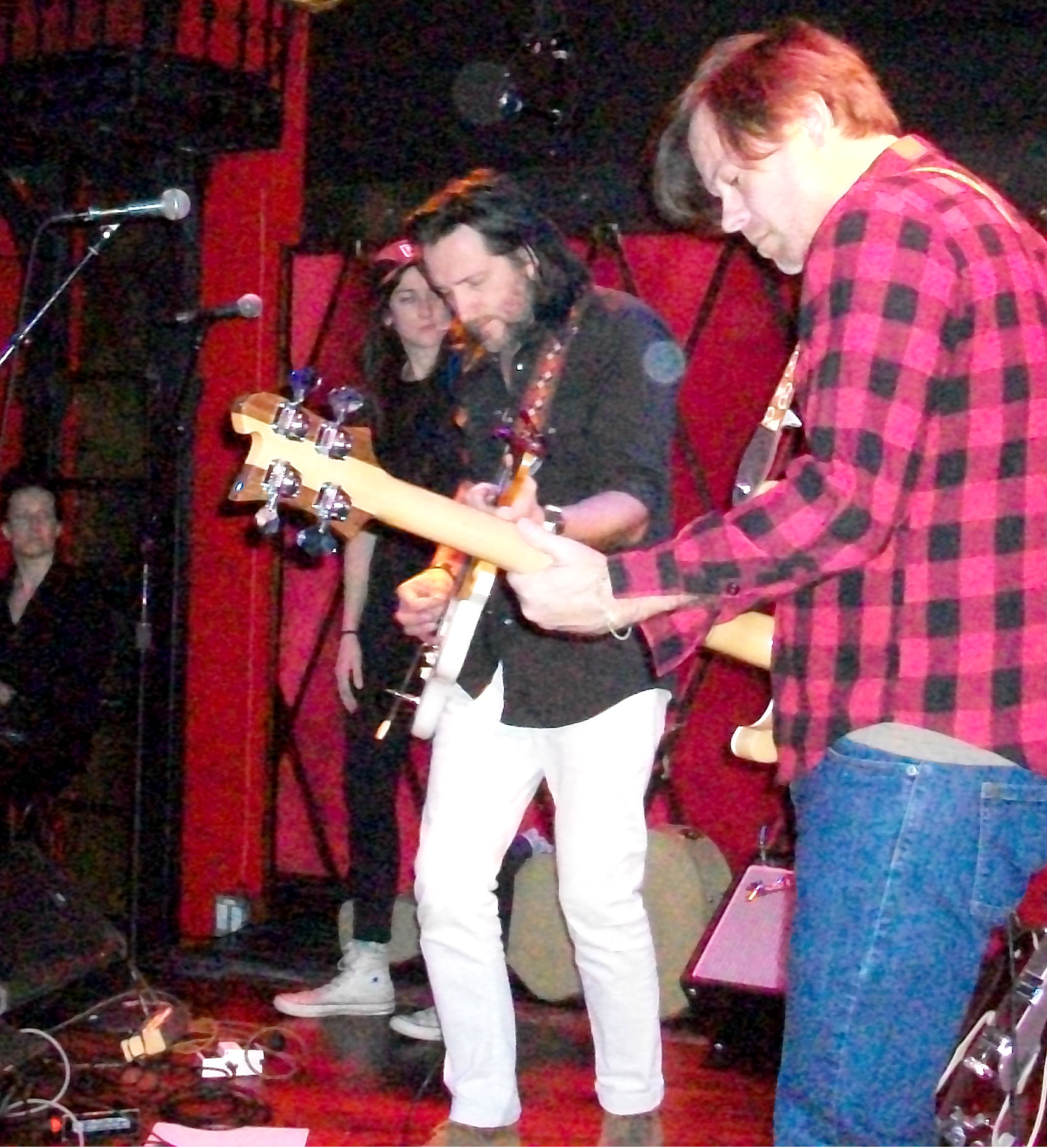 Matthew Perryman Jones along with Molly Parden appeared together in concert on a chilly autumn evening at The Rockwood Music Hall's Stage 2, probably New York City's best listening room. I have been a fan of MPJ's music for a good many years but until this past night had never had the opportunity to see him in a live concert setting.

Molly Parden opened up the gig with an half hour solo set with just her singing accompanying herself on an acoustic guitar. Her tunes were at the same time gentle yet totally haunting. It was my introduction to her music and to say the least I was totally captivated by her professionalism.

After a very brief break Molly was joined on stage by MPJ and a drummer and bass guitarist. She played the part of vocal accompanist for the remainder of the set. What followed was an almost 90 minute set of music played with excellence and an air of sonic professionalism. The band played together as a single unit with one purpose, that of delivering a set of perfect music. And they did just that!

MPJ's set list included:
"Happy"
"Lovers"
"Anything"
"Waking"
"Half-Hearted"
"Coming Back"
"O' Theo"
"Careless Man"
"Wrestling Tigers"
"Keep It On The Inside"
"I Won't Let You Down Again"
"Without A Clue"
"Begin The Begin"
"Waking The Dead"
"Save You"

MPJ left the stage for the last song of the night to stand amidst the audience for an acoustic version of the Tom Waits classic "Take it With Me." To say that an excellent night was had by all would be rather a complete understatement.