Rock of Ageless - Stryper Soldiers on... 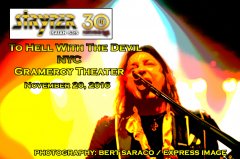 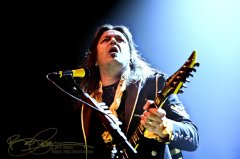 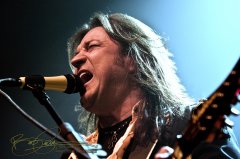 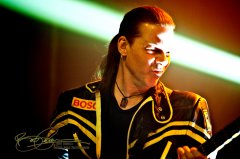 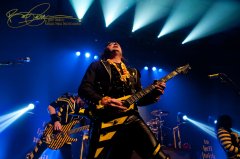 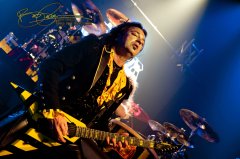 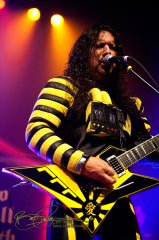 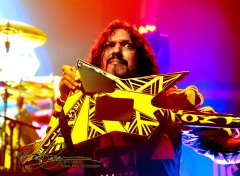 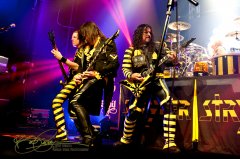 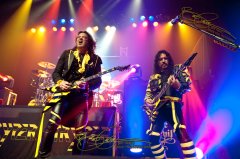 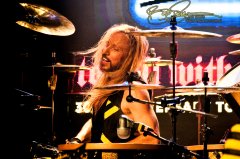 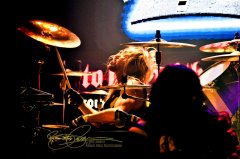 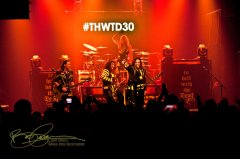 It’s been three decades since the release of the platinum-selling To Hell With The Devil, the iconic and perhaps most career-defining recording by the masters of melodic pop-metal: Stryper. A full three decades after the release of that album, and 33 years since the formation of the band, Michael Sweet (lead vocals and guitar), his brother Robert (drummer and ‘visual timekeeper’), Tim Gaines (bass guitar and background vocals), and Oz Fox (lead guitar, vocals) are still ‘rocking for The Rock,’ and showing no signs of slowing down or compromising their music or their message.

Emerging from the musical ghetto that used to be known as Contemporary Christian Music, Stryper (formerly Roxx Regime) was the first band from that camp that could legitimately carry the label ‘metal.’ Combining their driving, heavy sound with strong melodies, Beatles-inspired harmony, great hooks, and, most importantly, a solid commercial appeal, Stryper broke barriers and ended up squarely in the forefront of the still-young MTV phenomenon.

At Manhattan’s Gramercy Theater on a bitterly cold, wind-swept night, fans of the band queued up early, willing to bear a little cold weather to get a better shot at being belly-to-stage, as ear-shattering as that promised to be, and to get a better look at their yellow and black-clad heroes. Did I forget to mention the yellow and black? From the time of their debut project, The Yellow and Black Attack, the band was known for a striped motif (inspired by Isaiah 53:5, ‘by His stipes we are healed’) which rendered the stage set, guitars, drums, and, yes – spandex outfits in stripes of yellow and black. Having abandoned the bumble-bee look part way through their career, this 30th anniversary tour has the band – all original members, by the way – back in the yellow and black spandex. Looser-fitting, thankfully, but somehow not looking as awkward as you might imagine. Certainly, this metal quartet looks amazingly fit and healthy, and somewhat better preserved than some of the audience members, which ranged from twenty-somethings to those asking for the senior citizen discount at the local Thai Food restaurant around the corner…

After a short set by the opening act (a powerfully-voiced singer/songwriter/guitarist named Moriah Formica), an eight minute video history of Stryper was shown leading up to the band itself appearing onstage amidst smoke and (what else) yellow spotlights, whereupon they proceeded to, as they, say, rock the house.

Soaring twin guitar lines from Michael and Oz, thunderous drumming from the sideways-to-the-audience Robert, melodic, driving bass lines from Tim – all of the classic Stryper elements came out in force, nearly eclipsed by the operatic-metal vocals and impossibly high (and eagerly anticipated) screams from Michael Sweet. Starting out with the entire To Hell With The Devil album and roaring through a variety of favorites from their catalog, Fox and Sweet traded guitar licks like tag-team wrestlers, with Oz performing his machine-gun riffs as if it was still the eighties. Aside from “All of Me” and the mega-hit ballad, “Honestly,” the band performed high-energy, head-banging pop metal and the crowd ate it up for the better part of two hours.

Stryper is indeed alive and well, as this next-to-last stop on the tour firmly established. The next night would take them to North Carolina, as these soldiers under command soldier on. As for the audience… we look for our cars and hope they weren’t towed away …earplugs get removed …we board subway trains and hope that the LIRR is still up and running.

And some of us are hoping the social security check is in the mail.