For one week every year, a ski resort rocks out to celebrate its creator.

Soulfest is New England's premier music festival, a three day festival at the Gunstock Mountain Resort in the lakes region of New Hampshire and draws people from all over the country as well as from Europe and other parts of the globe. For my part, I have been able to act as an M.C. for various stages within the festival as well as teaching a seminar on different aspects of faith and art. Here is my day-by-day report on Soulfest 2014 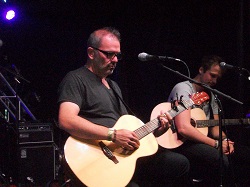 After checking in at artist registration my wife and I proceeded to the first event of the day, at least for us, a songwriters round table hosted by Christopher Williams and featuring Dave Place formerly of the band Phone Calls From Home as well as Jim Trick and Matt Maher. A more than excellent way to start off the morning. A good portion of the day was marred by inclement weather which caused the temporary shut down of the Mountain Top Stage. Now the Mountain Top Stage is just what it sounds like. In the winter Gunstock is a ski resort and the Mountain Top Stage is simply the front porch of the ski patrol shack and is to be reached either by a 60 or 90 minute hike up the mountain depending on your physical prowess or a 20 minute ski lift ride. These days I prefer comfort so you can guess how I get up there, although on the last day I did walk down. It took 42 minutes and I did it without falling or breaking anything. Some of the highlights of the day were sets by Tom Conlon, Mandisa & Crowder as well as Gabe Smith Pop Culture Icon. I got a chance to share some thoughts & observations on faith and art in a seminar entitled "Images Of The Eternal" to a rather receptive audience. 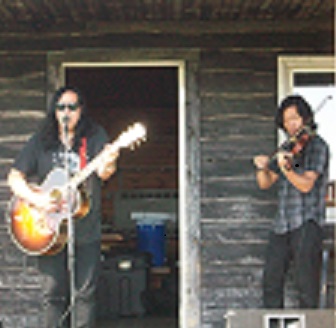 The day began with another songwriters round table hosted once again by Christopher Williams and featuring Robin Lane formerly of the Chartbusters, Tom Conlon and Michael Pritzl of The Violet Burning. Everyone sounded mighty fine sharing story and song. I was also introduced that day to a Nashville based band called The Vespers They have a very nice country/ bluegrass feel, the primary female vocalist reminds me sonically of Leigh Nash and that's just fine with me. A good portion of the day was spent listening to seminars given by Matthew Dickerson, Frank Schaeffer and Dale Kuehne, wonderful speakers one and all. The festivals primary artist the day was Switchfoot in concert and on film. I have seen them many times in the past so I took a pass this time around. From everything I heard they more than satisfied the kids. I called it an early evening and went back to the hotel for an evening of Pringles, soda & TV. It was nice!!! 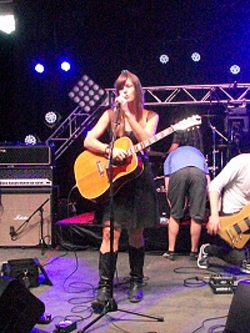 For me at least, Saturday was the highlight day of the whole festival. With very few exceptions, Rachel Taylor being one of them, the main stage acts held little interest for me. The other stages especially Mercy Street & Mountain Top were the places where the magic happened. These are the places where the new kids as well as some of lesser known acts perform. By lesser known I mean people that might not get airplay on networks like K-Love but are still putting out tunes that are impacting the culture in a way others are not. For this old, climbing up on 65, radio DJ these are the people who are contributing some of the best rock n roll that I have heard in the 46 years that I have been doing radio. Singers and bands like the aforementioned Rachel Taylor, Tom Conlon, Jim Trick, Christopher Williams, Paul Phillips and The Violet Burning are putting out top of the line material and you can take that to the bank. The Saturday night line up at Mercy Street consisted of Scott Musick, Rachel Taylor, Paul Phillips & The Violet Burning. It was worth going to the festival for just that lineup in and of itself. With the demise of the Cornerstone and Purple Door festivals, Soulfest has the potential to become the most important gathering of artists and speakers in the country.