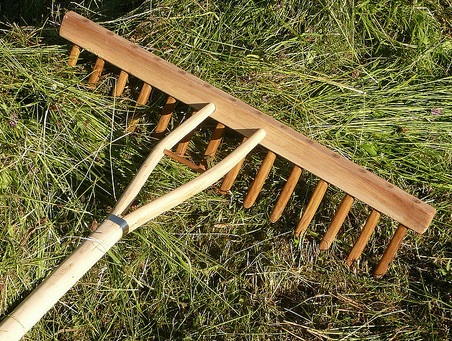 Jamie Rake returns with wit and wisdom from an excursion deep into the weeds of musicland. He may not drain the swamp, but he will spare us the task by sharing the gems uncovered on his journey.

On the urging of Editrix Linda, I am giving a go at my old column format for the first time in years. Since I recall most writing about contemporary Christian music, a genre I currently find mostly aesthetically stagnant and doctrinally & theologically compromised, I figured I should resurrect the column by pondering on the closest thing to cCm I'm exposed to on a regular basis for more than a few minutes a day: praise & worship (a.k.ka. p&w). If you're new to my thoughts and weren't expecting snark, consider yourself warned...!

Why does it seem there lately have been so many songs wherein the Lord is described as "_____er" (e.g., stronger, greater, wiser, healer?) without corresponding lyrics saying what He's "_____er" than?

How much richer would the members of U2 be if all the p&w songleaders and songwriters who've done their darnedest to mimic the ambiance of those Irish ecumenicists' catalog from roughly October  to The Joshua Tree were to have included them in the writing credits?

Were p&w performers to stay away from all the seeker-mergent, word-faith, dominionist/new apostolic reformation and ecumenical (this may be a recurring e-word) events and churches who would hire them for their music, how much would any of them be able to play out live, anyway?

Speaking of aberrant churches, would the members of Hillsong United and/or Hillsong Young & Free be making reasonably decent, probably often grandiose adult alt rock along the lines of Coldplay ready for mainstream consumption were they not, y'know, associated with Hillsong?

Was it genius and/or laziness that has inspired Chris Tomlin to add his own lyrics to public domain hymns for the past however many of his albums to thereby collect royalties on work that was already mostly done before he got to it?

Is it me, or does gospelly house music make more contextual sense as a vehicle for vertically-oriented lyrics (which is what p&w should considering whom its Subject should be, yes?) than probably any other post-rave electronic dance music sub-genre?

Speaking some more of dance music, is my sort-of dream of conducting a p&w service with appropriately reverent music on a discotheque-like dance floor antithetical in inherent fleshliness to the idea of exalting him in song, even if the dancing was kept chaste and exegetically solid sermon segments played in tandem with the tunes, perhaps all as a prelude to some sound expository preaching? Or is that something best kept as a hope to do in heaven?

Since I don't  keep up with new cCm album releases as I once did, is it still a trend  for every act with even a whiff of commercial success to seemingly feel obligated to record at least one p&w collection?

If it's possible to be too snotty singing to or about the Almighty, am I alone in thinking that The Insyderz' ska-punk remake of Rich Mullins' "Awesome God" embodies that?

With soul gospel artists singing Tomlin compositions and Southern gospel groups discovering Third Day's p&w material, might Christianny music in the U.S. be on the verge of becoming a mono-genre like rock, country and r&b/hip-hop occasionally threaten to become in the general market? Or maybe it will have to wait until cCm'ers start remaking numbers by, for instance, Fred Hammond, Donnie McClurkin, Maruette Brown Clark and/or Tamela Mann (the last of whom who has already hit on soul gospel radio with MercyMe's "I Can Only Imagine") and/or K-Love is inundated with new versions of songwriter Dianne Wilkerson's Southerny radio biggies?

Next: Who knows what and when?!