Townend, Stuart - The Paths of Grace

The rootsier, folky part of the Townend-Gettys partnership offers some typically thoughtful songs on his 9th studio collection.

I'm with Bono – put your best tracks at the start of your album, to inspire interest. So why Townend's disc starts with probably the worst cuts baffles me.

Sounding like one of those praise songs from before Christian music knew how to get a proper production job, "Promise of the Ages" has nothing to say that hasn't already been said ad nauseum and it just sounds cheap. I felt it a struggle to reach the end of the track and, if I did not have to hear it all several times for review, I would have just stopped there and never returned. Only the start of the Getty-ish "Hymn of the Church" comes near its lacklustre effect, but that ends with some polish to the guitar and an atmospheric sonic dreaminess.

Once "Promise of the Ages" is done, though, the good stuff starts to appear. The hopeful "Oh How Good it is" celebrates God living within his people and working his shalom between them. It instantly has a far richer sound, including a rockier bass line giving it some gravitas (and some well-placed 'Hey!'s). This is one of his co-writes with Keith and Kristyn Getty, who presumably brought their Celtic edge to the song. Normally, they have all the polish and Townend sounds more lo-fi, but I may well prefer this version.

Then, in "Good Shepherd of my Soul," he hands over vocal duties to the impressive Ruth Notman, whose accent makes her sound remarkably like Kate Rusby. This is good idea, as – like Graham Kendrick – Townend is far more of a composer than a singer and she lifts the effect up a hefty notch. This track also breathes deep at the end, thanks to a beautifully airy flute-led section.

When Townend (the co-writer of 'In Christ Alone' and 'How Deep The Father's Love' ) returns for the rootsier, banjo-flecked title track, sub-titled "Diary of an Agnostic," the attention turns to his nicely-crafted lyrics, which takes a story approach to a life finding meaning. It begins:

"Well, I can't understand how a rational man could admit to this,
But somewhere inside, there's a visceral cry for something more than this.
So is it a stone or a beating heart?
Is it oil on canvas or work of art?
A hunger for meaning that's more than a trick of the mind?
Or am I a note in a beautiful song,
With a great Orchestrator who says I belong?"

This leads to possibly the best track of all, where Townend lets his dreams turn into wordless vocals as the backing ramps up. "Singing Hallelujah" is about the new creation (although Tom Wright might object to the line, "The day when flesh is done") and after hearing it, I felt caught up in something special and almost other-worldly. 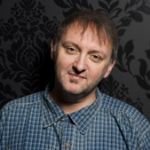 cts comments Townend has made about the disc's cover, "Isaiah 11 presents an amazing image of a world where the Messiah's rule of justice and reconciliation is established: predator and prey living together in harmony, with a little child leading them. Although the fullness of that prophecy is yet to come, as Christ leads us along his paths of grace through the confusion and trials of life, we can enjoy a foretaste of this glorious kingdom of justice, innocence and reconciliation today."

Townend (along with the Gettys) produces thoughtful songs with a strong theology underneath; material that offers congregations a far richer fare than the average worship song. Here, "Streets of the City" is one of those deeper works.

Elsewhere, nice touches of bass show up on the quieter spells; there is a soulful, gospel edge to "There is Grace for Me" as well as a well-matched harmony (unaccredited in press materials); some well-selected piano chords make a showing, along with another of those fine extended endings that up the value of the music; and Ruth Notman returns to sing a version of the Lord's Prayer.

This could be the best-produced disc that Townend has yet put out (and sadly, though scouring the internet, I cannot find who has produced it). I just wish I could get further away from the indelible destructive impression of that awful opener, which has probably cost the disc half a tock.