Fancy tracing your family history back to Adam and Eve? Here’s your chance.

This line up for the long-running series could be the strongest ever, including actors Julie Walters and Martin Shaw, DJ Reggie Yates. eccentric actor Brian Blessed, cook and “Bake Off” judge Mary Berry and comedian Billy Connolly. The hundredth episode sees ‘sixties icon Twiggy discovering the seedier parts of her past.

But while the stars draw us to the show, it soon becomes clear that the characters who get our emotions going are their ancestors. Shows are only made once the researchers know that there are some gems waiting – but the celebrities only find out, like us, as the story unfolds.

The ancestors are often from Victorian times, or thereabouts. If they were any more recent, there is little new to discover; while if they are any further back, sufficient  records rarely exist to bring colour to the story.

The shows are remarkable in how often they touch historical events. In this series, we have relatives deeply involved in the Indian Mutiny and the Irish potato famine.

But some of the more everyday lives can be even more moving: an Italian immigrant who touched the heart of his community, or a bunch of children losing both parents and a youngest brother inside a year – and they were moved to London within three days of their father’s funeral. So an eight-year-old had to look after the family, because his teenage sister had learning difficulties. 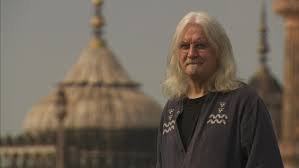 A couple of these stories bring home how common it was for the poor to end up in workhouses, and how regularly they died there. It is history brought to life, as we see the real effects of the values and politics of the time. Sometimes it suggests comparisons with similar issues today.

It is not all heavy, though. Sheridan Smith gets to find out the musical roots of her family and relives their successes and failures.

While I won’t give spoilers, the series meets royalty, but uncovers illegitimacy, bankruptcy, counterfeiting and even murder. The stories have great re-watch value, making them a satisfying buy.

Extras: Having marked the 100 episodes over ten series, this release includes a 40-minute retrospective.

It has several laugh-out-loud moments, but also shows the breadth of human experience uncovered by the show. Some ancestors were criminals, one officially charged with being an “incorrigible rogue,” but the historians reveal more serious crimes: bigamy, slavery and massacre – even including the murder of children.

On a lighter note, some guests have had their roots traced back to royalty, and one much further, with a line reaching back to Adam and Eve, and, ultimately, to God. You can’t go any further than that.