As a live band, Burlap to Cashmere has come a long way from the live recording they made at this very venue fourteen years ago... 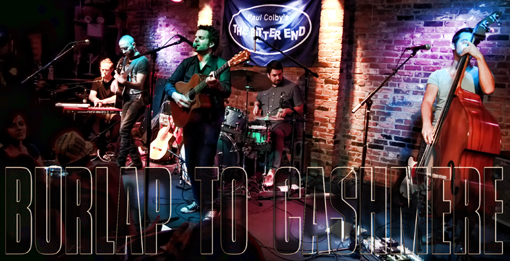 Passion is no big deal. You can have all the passion in the world and it can be a meaningless drama-queen exercise. But Burlap to Cashmere has passion tempered by solid artistic intuition and executed with excellence. It's what keeps people coming back to hear this band over and over again: it's the promise of a fresh experience because, like light reflecting off a diamond, the fire of passion reveals freshly-nuanced facets of the music each time you hear it. Returning to New York's legendary venue, The Bitter End, Burlap to Cashmere illuminated the night with musical brilliance. 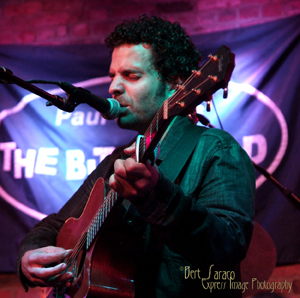 Like The Alarm before them and Mumford and Sons after them, Burlap to Cashmere make their core of acoustic instruments (Steven Delopoulos on guitar, Johnny Philipps - aka John Philippidis - on lead guitar, and Theodore Pagano on drums) produce every range of the folk/rock spectrum from the delicate strains of Simon and Garfunkel's “The Boxer” (the only cover song of the night) to the punctuated rock of their powerful “Build a Wall,” a song that, somewhat ironically, never fails to bring down the house. Rounding out the sound is Chris Anderson on acoustic and electric bass and Todd Caldwell, on loan from Crosby, Stills, and Nash, on keyboards.

Performing a baker's dozen or so songs (give or take a New York bagel), the bulk of the program focused on the band's excellent recent self'/titled release but also included such Burlap to Cashmere classics as “Anybody Out There?” from their 1998 Live at The Bitter End project. 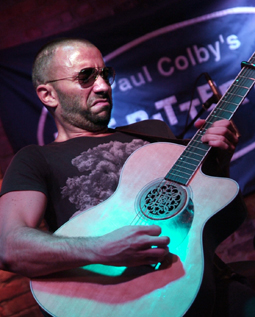 Mingled with the overall intensity of the band is an unmistakable camaraderie onstage. These five men throw themselves into the music with abandon, the intense Mediterranean rhythms propelling them into a zone all their own. Delopolous' driving guitar energizes the atmosphere and his distinctive lead vocals deliver poetry-infused lyrics about life, love, and relationship with a searing spiritual edge just beneath the surface.

Delopoulos and Phillips are a one-two punch onstage, with Phillips' almost as much of a secondary vocalist as he is a back-up and harmony singer (on the chorus of “Tonight,” the two are an unstoppable vocal force) – and, of course, he's one of the most exciting players I've seen in years, feeling every note as he tears riffs, improvisations, chords and melody lines off the neck of his guitar, sounding a bit like the Django Reinhardt of acoustic folk/rock. 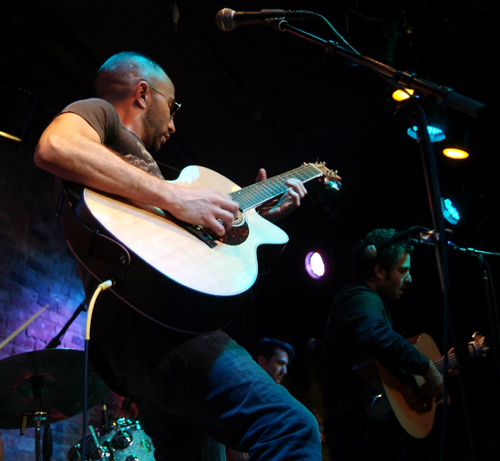 Pagano on drums provides a steady foundation to all of this vocal and guitar fury, pinning down a solid percussive framework. There's a synchronicity between Pagano and the rest of the band that acts as a cohesive element to the music. Anderson, switching between acoustic and electric bass, plays as if he was always there, doing the important job of laying in that bottom-end with the right mix of subtlety and style. Caldwell contributes any number of appropriate keyboard textures to the music, sometimes getting a Hammond B3-like feeling out of his main keyboard, adding an unmistakable classic rock feel to the otherwise Mediterranean/gypsy soundscape.

As a live band, Burlap to Cashmere has come a long way from the live recording they made at this very venue fourteen years ago. This is a confident, powerful, and – yes, passionate musical unit that continues to turn out stunning live performances. That live recording from 1998 showed a band with a promising future – today they're a band that's more than fulfilled that promise. See them. 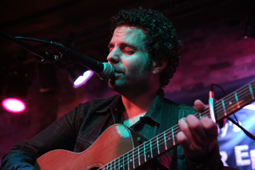 The set-list (or at least a good approximation):
Orchestrated Love Song
Seasons
SantoriniThe Boxer
Live in a Van
Tonight
Eileen's Song
Closer to the Edge
Anybody Out There
Don't Forget to Write
“Toneliou” - final title? A not-yet recorded song
The Other Country
Build a Wall