Yes, this is the same Glass Harp that released a small handful of albums on Decca records in the early 70's, opened for the Kinks at Carnegie Hall, and played the closing gig at The Fillmore, jamming alongside The Allman Brothers and others. 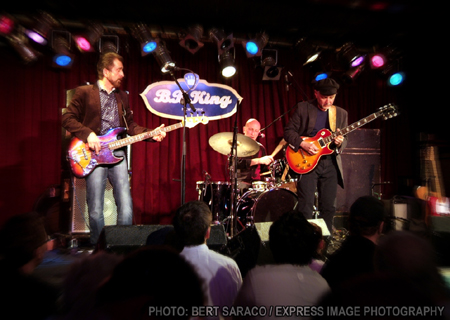 It's a rare treat for us New Yawkers to see world-class guitarist Phil Keaggy in these parts – even rarer to see Phil with his legendary three-piece rock band, Glass Harp. Yes, this is the same Glass Harp that released a small handful of albums on Decca records in the early 70's, opened for the Kinks at Carnegie Hall, and played the closing gig at The Fillmore, jamming alongside The Allman Brothers and others. After the release of 1972's It Makes Me Glad, Phil and the band parted ways and the guitar-master concentrated on focusing his music in a more overtly spiritual direction, sometimes with a band but often as a solo artist. Interest in Glass Harp has never faded, though – and that's what brings us to the BB King Blues Club and Grill in the heart of New York City's Times Square.

The marquee read "Phil Keaggy Band" and in fact, that's the way the concert started out. Word soon spread though, that this show would indeed be a Glass Harp reuinion concert (maybe someone forgot to tell the venue). The excitement about this change filtered through the crowd waiting in line on the unusually cold and windy Thursday night. At this place named after one of the world's legendary guitar players, Phil and Glass Harp – having a well earned reputation for stunning jams and exquisite musical exploration – would fit right in. 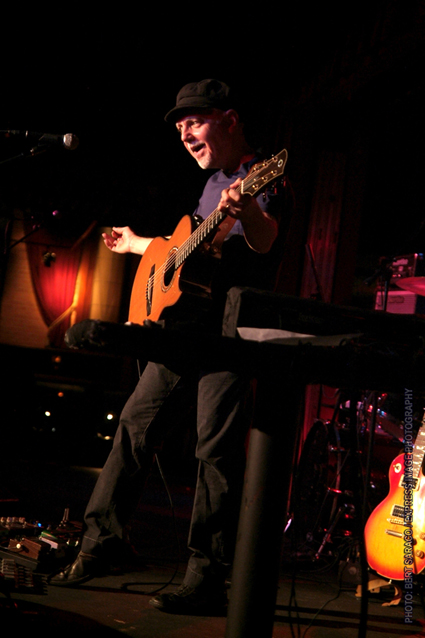 BB King's is not only well known for the acts it brings to the city but also for its food. The concert venue is a good sized room filled with tables that go right up against the stage. Of course, the reason that the doors open two hours before show time is to get people at those tables hoping to satisfy hungry and thirsty patrons until the music starts. The wait for the eight-o'clock show is somewhat of an endurance test, especially for those of us that read the prices on the menu before the food descriptions (if you know what I mean), but as it turns out, there was a surprise opening act – 'guy by the name of Keaggy.... 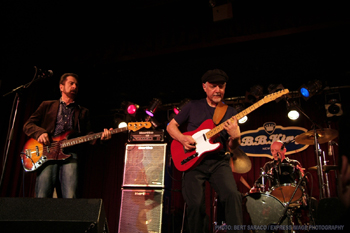 In an apparent rush of compassion, Phil stepped on-stage with his acoustic guitar, jam-master, and a small table with his various 'toys' and treated the room full of weary New Yorkers and wide-eyed tourists to a half-hour of the kind of guitar wizardry found on his recent Live From Kegworth Studio project. Utilizing every technique known to any pair of guitarist's hands, Phil filled the room with layer upon layer of sound, including vocal and percussion effects.

At the end of this 'bonus' set, drummer John Sferra and bassist Daniel Pecchio joined Phil, now switching to electric guitar, and Glass Harp was onstge, and some four decades melted away for the next hour and a-half. These three musicians, who've played together since their high school years, slipped easilly into the classic Glass Harp repertoire, sharing that special symbiosis that musicians sometimes share, creating sounds that charge the room with an energy that exists only for that special moment. The songs brought back memories and nods of recognition but it's the improvisation – the musical exploration – the outright jamming that makes Keaggy, Pecchio and Sferra click. 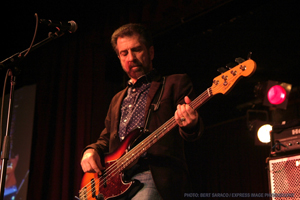 All three men shared vocal harmonies (even Pecchio, who apparently was fighting a cold, but sounded fine) and of course each is a master of their respective instruments. Pecchio holds down the bass end and keeps the songs anchored admirably, while Sferra seems to be able to read Keaggy's mind as he brings his playing from a thunderous attack to a delicate percussive pattern at the drop of a note.

For those who understand the virtuosity of these musicians, you'll understand why no attempt is made here to describe the music in mere words. By all means, explore their work - and get to the next show. 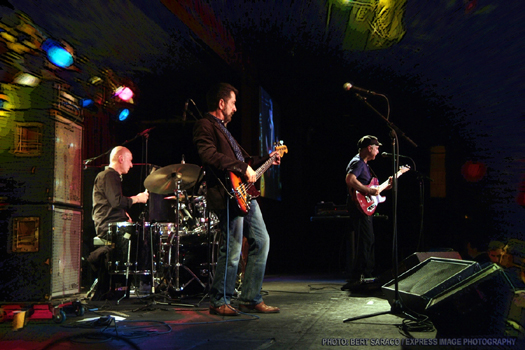