They evinced a poppy rock style not much unlike the thrust of Imagine Dragons when they're not trying for hard rock radio play.

It was a pastor friend who got me interested in seeing Unspoken. They came up during one of his and my lengthy telephone discussions, part of which broached the topic of what little good contemporary Christian music there is nowadays, especially that useful for congregationally appropriate material of any doctrinal/theological acuity and heft. That's high recommendation from someone I know to be a finicky guy.

Unspoken happened to be coming to my city, I'd enjoyed hearing them often enough on the cCm station to which I had been listening, so why not go?

I don't know if my lay cleric friend has much use for Maroon 5, but Unspoken's opening number at my burg's Historic City Hall Auditorium, "Higher," sounded as if the group in question's Adam Levine converted his group's antiseptic R&B pop into a libido-free vehicle for speak of lifting Christ in the titular direction. For better and/or worse, cCm continues to serve as a a stylistic substitute for wordlier tuneage that may appeal to believers' ears but isn't so healthy for their moral fiber.

No mere mimics of The Voice judge's quintet, for much of their 13-song set, really--they evinced a poppy rock style not much unlike the thrust of Imagine Dragons when they're not trying for hard rock radio play. At its most exotic, it manifests in the light reggae lilt of "Miracle" and "Roots," which reworks Psalms 1's gist of being grounded where living waters flow and featuring some Swahili lyrics (the especially dedicated aficionados hanging out near the lip of the stage doubtless knew which language was borrowed before lead singer Chad Matson asked the rest of us to guess) and  harmonica breaks. Perhaps tellingly, those considerably catchy songs haven't been issued as radio singles. 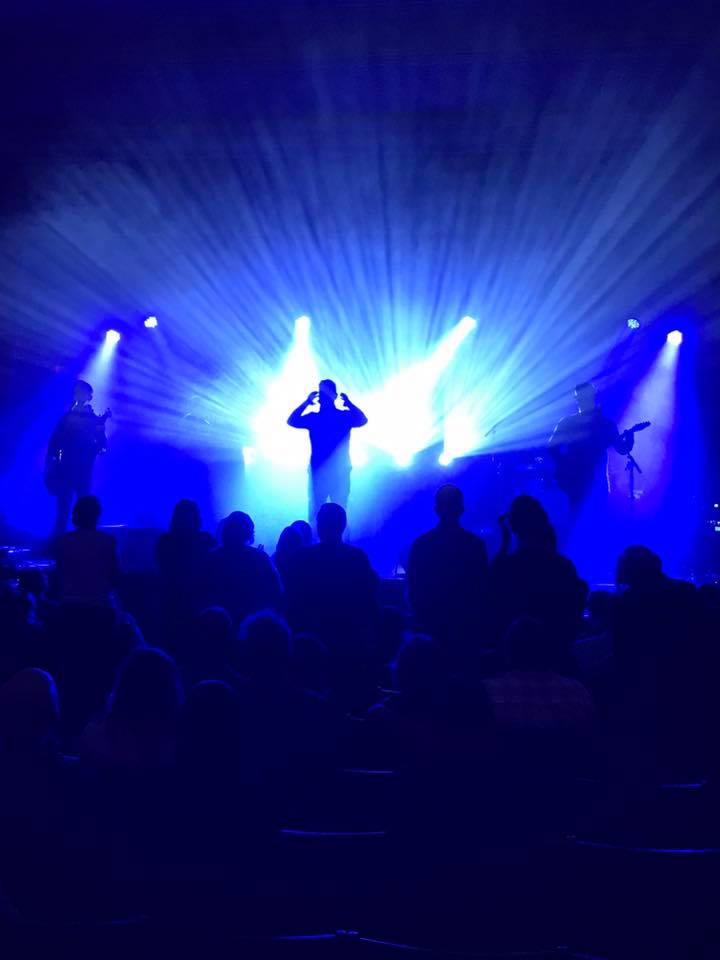 Those numbers Unspoken played that had been slotted for airplay often contained ear worms that burrow deeply. "The Good Fight" and "Start a Fire" work as almost ecumenical encouragement  to live out and let the Lord reignite one's faith in Him. A declaration of His blessings, "So Good To Me," finds Matson rapping a verse, so it's not entirely inconceivable that among his portion of a medley of tunes to have influenced each of the quintet's pursuit of music professionally, Vanilla Ice's "Ice Ice Baby," is at least somewhat sincere. The choice in that farrago by Matson's fellow Maine native, Jon Lowry of Johnny Cash's "I Walk The Line," may have been personally meaningful as well, as might have been those of Hispanic members guitarist Mike Gomez and  drummer Ariel Munoz (who takes well the grief of seemingly being nicknamed "Spanish" by the group's paler members) selections of Santana featuring Rob Thomas' "Smooth" and Los Del Rio's "Macarena" respectively. My guess is that the keyboardist's (missed his name; sorry!) piece of Jerry Lee Lewis' "Great Balls of Fire" had  to be a legit influence because why else would someone play any part of a song that's been construed as to be secondarily about-how to put this--testicles--at an ostensibly Christian concert?

The silliness much of that medley entailed, however, set in light relief the melodically darker "Bury The Workmen." This minor key recollection of martyrs in Acts and Jesus' resurrection hasn't been, in radio biz jargon, singled, but it's an Unspoken song I could present to my pastoral pal's flock, or any congregation with an in-the-know music minister, singing to affirm the mission of the earthly, visible church as His return is awaited by the faithful.

That they did with Matson's testimony of deliverance from alcoholism unto Christ and an acoustic rendition of "Call It Grace" ended the night. The group encouraged the audience to sing along to this ode to the Reformational sola  that brings the crown of His creation to salvation. The band's small throng of diehards remained up front, but more reverential than they were during the more uptempo portions of the show.

Mattson wasn't the only one rhyming tonight. So did opener David Dunn in his opening "Masterpiece." But more than exemplifying the infiltration of hip-hop into the vocabulary of Euromerican pop, Dunn even better showed how the business of being a singer-songwriter  has gone far beyond the proposition of someone on stage with a lone instrument. Not only was he seated behind a synthesizer capable of variety of sounds, his accompanist, going by the single moniker of Jessie, added even more electronic percussive and harmonic elements, including some via a keyboard fastened to much of the length of his arm.  The technological accoutrements, however, abetted songs that spoke of human innocence, vulnerability and frailty. That can especially be said of those from Dunn's latest long-player, Yellow Balloons, a kind of song cycle centering around the death, during a nap, of his sister's pre-teen child. Others from his previous set, such as, It Is Well, also struck empathetic chords. His rugged, tattooed handsomeness was something of a hit, too. Good for the atmosphere of a Christian music concert where such things can be joked about with no one going home ornery. 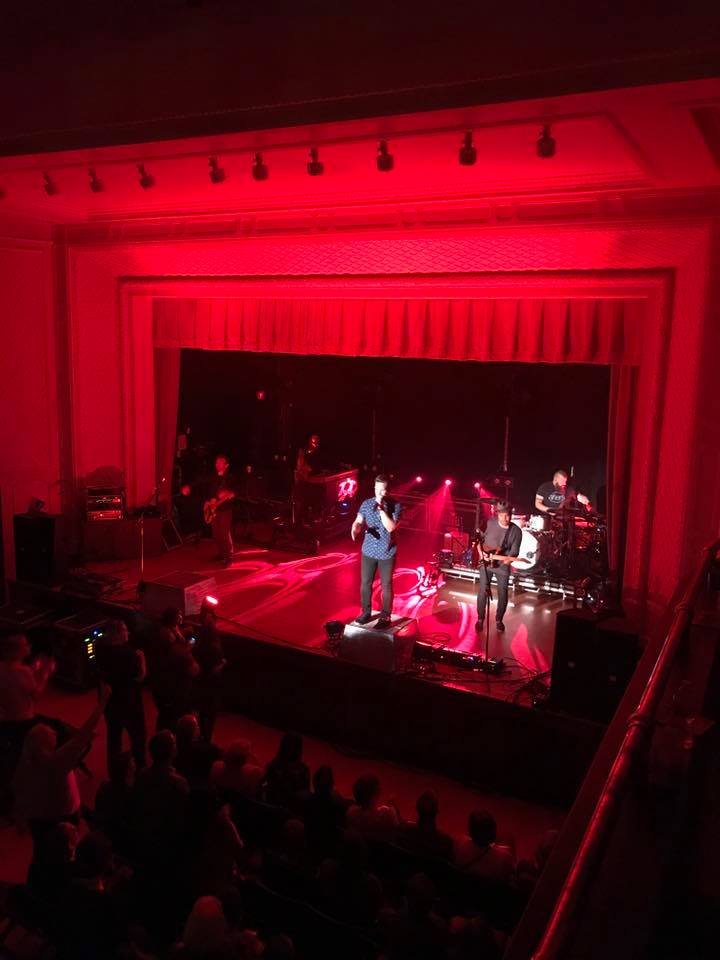 A Christian concert  like this may not have occurred in other cities of Waupun's size, and less likelier in bigger cities. But with the civic festivals committee containing a member who works at a locally-owned radio station group with an adult contemporary FM known to dabble in cCm throughout its regular rotation, many residents  who have the nearest K-Love signal on their car radio presets and promotion by  one of the largest churches in town, here's doubting that the Freedom From Religion Foundation, headquartered only about an hour away, could get anyone to buckle from supporting this kind of  more or less God-prominent event with whatever public money that was used. I won't be holding my breath on the same committee bringing, for instance, Saviour Machine or Danielson Famile to City Hall, but for a Christianny music event with broad enough appeal to fill most of the seats, everyone involved in scheduling for the venue could have done far worse than Unspoken and Dunn.